Chedkhani, for me, was always a form of sexual harassment with terrible consequences on young women’s mobility where they might be forced to discontinue their education, be married off at an early age or face severe violence. But my idea of chedkhani got challenged during an interaction with the girls of our learning centre at Khanpur. While waiting at the centre for other girls to arrive, Roshni (name changed) came and said “Didi yesterday I was going to the park and at the entrance of the park a few boys were sitting. They asked for my name and address but I aggressively retorted and shooed them away”. Hearing this, other girls also jumped to share their experiences and joined the conversation. The most interesting part was that everyone had different ways of looking at such incidents. For some it is scary, but for some it is simultaneously a way of getting attention as is exemplified by Anjali (name changed), “when someone comments I start running hurriedly to avoid the boys but I also feel that I am looking good and at least somebody has noticed me”.

This narrative led me to question the conceptual understanding of chedkhani. From our previous experience of facilitating theatre sessions on ‘Body’, in our other learning centre at Trilokpuri, one of the female learners used the term ‘chedkhani’ to talk about her experience of eve-teasing where she felt a sense of attraction and attention from the concerned boy as opposed to feeling violated. In a community where there is limited mixed group interaction and with more value given to love relationships/marriages by young people, chedkhani becomes a way to initiate romantic interest or feel the attention that one finds missing in their personal lives, as was shared by Anjali. Thus, I use the word chedkhani and not eve-teasing because the latter has a negative connotation which includes cat-calling, harassing someone using indecent words, groping in public and does not have the positive overtones of flirting that chedkhani seems to evoke in specific contexts. It is also important to separate chedkhani and eve-teasing, the two terms that one might use interchangeably, from sexual harassment. “…eve-teasing is not viewed through the same lens as harassment, rape or dowry violence, as these are understood to be “serious issues.” Rather eve-teasing is thought of as an annoying and ordinary aspect of the everyday lives of girls and young women. Importantly, in the bastis experiencing eve-teasing as a teaser, bystander, or as an object of teasing is a marker in young people’s transition into the youth period.”[1] 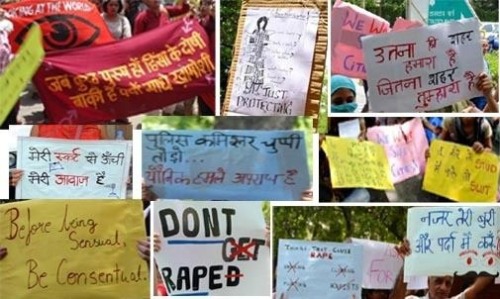 Chedkhani becomes an important marker in young people’s transition from childhood to adulthood. Young boys in Khanpur often leave school by the time they reach secondary level classes, in the hope of getting employed; which however is not always possible. Unlike their female peers, even the hope of getting employment provides young boys, the opportunity to access public spaces freely, since they are not expected to remain confined to the domains of their homes. They are socially permitted to hang around in the neighbourhood areas and pass their time by teasing other women[2]. This form of chedna becomes a way of fitting into their peer group and proving their masculinity, which is normalized and accepted by the community to a certain extent, which is aptly explained by Chakraborty (2015) in her paper titled ‘Eve-teasing and education mobility: young women’s experiences in the urban slums of India’, “…in the bastis public members are more likely to tolerate eve-teasing by male youth if the teasing is not physically violent and if it is targeting the “right” kind of women: one who is youth, unmarried, in public, and mobile.”[3] By claiming the public space as a way to establish their masculinity, chedkhani by men becomes a tool to define and strengthen the social narrative of a ‘good’ woman who does not venture into the public unless absolutely necessary or purposeful; women who are never owners and only users of public space.

There is a perception and a stereotypical image of boys or men who tease or harass as belonging to a particular socio-economic class. This was reiterated by our learners at Khanpur, “Didi you don’t face any form of chedkhani as you live in an upper-class area where everyone is educated”. This class-based bias is further strengthened by the idea that there is only one type of youth and youth culture as reflected in the popular media that has no space or language for the different experiences and realities of youth in our country. “Bollywood, in particular, fetishizes middle and upper-class Hindu college-going youth in contemporary films. We see for example in super hit films such as 2 States (2014) and Yeh Jawani Hai Deewani (This Youth is Crazy 2013), Indian youth participating in tertiary schooling, global work opportunities and undertaking greater domestic and international mobility than decades past. This popular imagery of “modern youth”, however systematically excludes poor, marginalised, and minority communities in India, further limiting understanding of the variety and richness of different youth cultures across the nation.”[4] Documents such as the “2013 Verma Committee Report problematically alludes several times within the document that eve-teasing and sexual violence is an issue rooted in low-class youth culture and numerous times makes a call to target socialising efforts to poor and rural communities whose young men are viewed as wild and uncivilised”[5]. 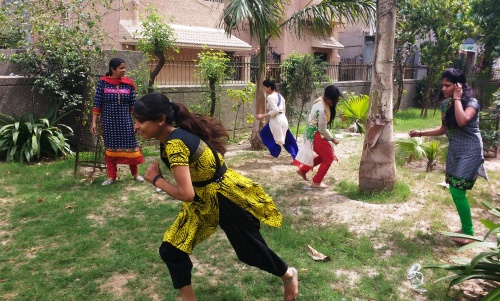 “In the slums, many romances begin with eve-teasing…while others turn to be read as harassment.”[6]  In such a complicated context, how does one understand chedkhani, which is a grey area where consent, gender norms, and patriarchal power collide? While working with youth, it might be useful to look, not just at chedkhani but other aspects of their lives through their perspective and gives space to their voice without imposing on them an ‘outside’ view that otherises them and negates their lived realities. “Eve teasing is contextual to who is performing the teasing, how it is being performed and how it is being read.”[7]

[2] “In slums eve-teasing is understood to be form of timepass for young men, usually as a result of boredom or unemployment”- page 7 ibid